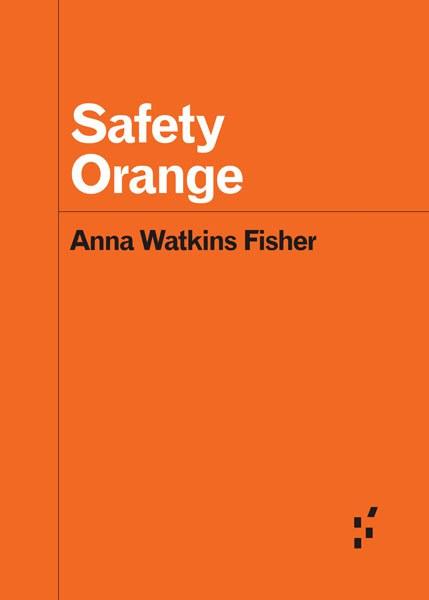 Safety Orange first emerged in the 1950s as a bureaucratic color standard in technical manuals and federal regulations in the United States. Today it is most visible in the contexts of terror, pandemic, and environmental alarm systems; traffic control; work safety; and mass incarceration. In recent decades, the color has become ubiquitous in American public life—a marker of the extreme poles of state oversight and abandonment, of capitalist excess and dereliction. Its unprecedented saturation encodes the tracking of those bodies, neighborhoods, and infrastructures judged as worthy of care—and those deemed dangerous and expendable. This talk takes up Safety Orange as an interpretive key for theorizing the uneven distribution of safety and care in twenty-first-century U.S. public life and for pondering what the color tells us about neoliberalism’s intensifying impact often hiding in plain sight in ordinary and commonplace phenomena.

Anna Watkins Fisher, author of Safety Orange (Minnesota, Dec 2021), Digital Studies Institute faculty member, and Associate Professor of American Culture at the University of Michigan, is a cultural and media theorist whose research spans the fields of digital studies, performance studies, visual culture, environmental humanities, and critical theory. Her first book, The Play in the System: The Art of Parasitical Resistance (Duke University Press, 2020), explores what artistic resistance looks like in the 21st century when disruption and dissent can be easily co-opted and commodified. Her essays have appeared in such venues as Journal of Visual Culture, Social Text, Discourse, WSQ (Women's Studies Quarterly), MIRAJ, and TDR/The Drama Review. She is the co-editor with Wendy Hui Kyong Chun of the 2nd edition of New Media, Old Media: A History and Theory Reader (Routledge, 2015). She's also a founding member of the digital research collective Precarity Lab; the collective's manifesto, Technoprecarious, was published by Goldsmiths/MIT Press in 2020. She co-leads the Critical Futures Project, a research collective based at the University of Michigan that explores theoretical approaches for addressing the new urgency of climate change under digital and racial capitalism.

Respondent Kris Cohen is an associate professor of Art History and Humanities at Reed College. He works on the relationship between art, economy, and media technologies, focusing especially on the aesthetics of collective life. His first book, Never Alone, Except for Now: Networked Life between Populations and Publics (Duke University Press, 2017), looks at the art of Thomson & Craighead, Sharon Hayes, and Felix Gonzalez-Torres, artists who straddle the border between image culture and network culture, between a logic of spectacle and a logic of networks. His second book manuscript, The Human in Bits, is a study of how and why artists working out a non-representational politics of Blackness have engaged a history of the pixel and the raster of the graphical computer screen or graphic user interface (GUI), expanding that history beyond the confines of a liberal, post-racial politics that sought to recuperate whiteness as a part of a multicultural national social matrix.

To submit an event to our calender send an e-mail to dsi-administration@umich.edu.

© 2022 Regents of the University of Michigan